Consumption of the adequate quantity of choline is important to make sure that our brain, nervous system, liver and kidneys operate sufficiently, as a matter of fact it is important for smooth operation of all of our cells. Direct consequences of low choline intake are among others metabolic syndrome, bad memory, neural tube closure abnormality, poorly functioning nervous system (increased sensitivity to stress), insulin resistance and fatty liver, liver cirrhosis. Unfortunately most people suffer from severe choline deficiency, and only very few people ingest choline in sufficient quantity.

The only natural food containing large quantities of choline are egg yolk, liver, and the brain. Many consume egg and liver. One egg yolk contains 120-150mg choline, whereas 100g liver contains approximately 400mg. Strong heat treatments is harmful for choline, but cooking/braising is not.

Everyone should ingest 5-600mg choline every day (the official recommendation is between 425-550mg). Who eats a daily average of 4-5 egg yolks? Or just 3-4 per day, but in this case also lover at least twice a week? I hope, many people. However, who does not, should supplement it!

Choline is even more important for pregnant women, and they need it in much larger quantities. They should ingest at least 930mg choline per day, which is equal to 6 to 8 egg yolks.

In addition to the fact that it is of key importance for normal development of the fetus, and so it can help prevent abnormal development of the fetus; during a research conducted in 2012 it was found that mothers ingesting 930mg choline during pregnancy gave birth to healthier children with “better” nervous system, than those, who received only 480mg choline. “Better” nervous system means that the stress level of both the placenta and of the fetus decreased during the pregnancy (CRH, cortisol), and several months after they were born they possessed a better “stress system” (e.g. better functioning HPA axis, better feedback). When such infants with better “stress system” reach adulthood, they will be better protected against numerous illnesses, including insulin resistance, hypertension and all stress-related diseases, as the susceptibility to stress is greatly determined by the quality of the HPA axis established upon birth (it is known that premature babies will become adults much more susceptible to stress and insulin resistance).

It is also an interesting observation on behalf of Weston Price, that also primitive, natural people provide nutrition richer in choline to mothers during pregnancy and breastfeeding.

So, by ensuring that pregnant women ingest at least 930mg choline at least during the third trimester, you make the first and probably the most important step to become more balanced adults. In addition, it presumable prevents preeclampsia during pregnancy, as the reason for that is the high CRH (corticotropin releasing hormone) level of the placenta, which can be reduced by taking choline. This research is also interesting, because mothers and their children taking 930mg choline per day showed significant positive changes in comparison with a group of mothers also ingesting relatively high quantity: 480mg per day. During the research project choline chloride, i.e. choline salt was used (in both groups 380mg choline came from nutrition, whereas in one group +100mg choline came from choline chloride and +550mg in the other).

One of relevant quality indicators of choline salts (and all other ingredients with choline content, such as choline bitartarate, etc.) is the so-called amin content, which is considered to be normal up to 10 ppm. Amin content of the ingredients we use is typically one tenth of this value (1 ppm), and we used just the choline salt formula used in the research.

Higher choline intake during pregnancy results in better memory for the children, but in addition, the rate of quick deterioration of memory of the elderly were found to be in (reverse) proportion with the quantity of choline received during fetal life and ingested after birth. Until the age of four, high choline intake is especially important to ensure sufficient development of the memory. However, higher quantities of choline ingested in later stages of life - including the elderly - have beneficial impact for the memory.

Sufficient choline intake reduces the risk of cancer, especially the risk of liver and breast cancer. 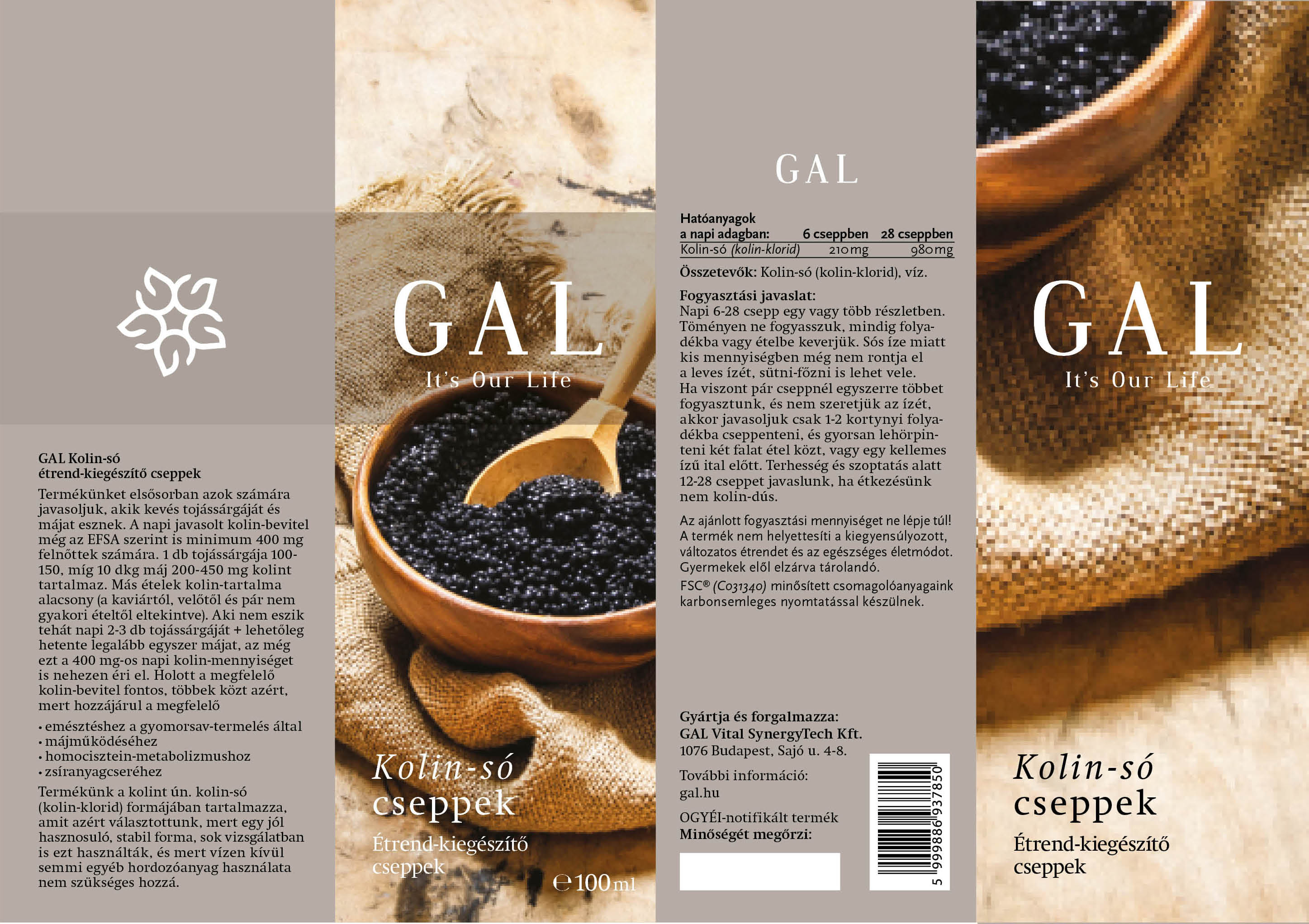